Call Today for a Consultation

When You Need Someone
To Make A Difference

Our Difference Makers Will Get You The Best Possible Results

Our Difference Makers
Will Get You The Best
Possible Results

Child custody matters are some of the most complex cases that the family courts have to deal with. They are also some of the most emotional. When you are fighting for legal and physical custody of your children, it’s easy to feel overwhelmed and like you are fighting alone. But TVA Law Office is committed to ensuring that our clients have the support they need throughout the entire process.

Custody disputes can be very difficult to navigate, and trying to take care of your case while also focusing on your children’s well-being and your own mental health is hard. A family law attorney who has experience with custody cases can relieve some of this burden so you can focus on moving forward. Call TVA Law Office to find out more.

How Is Child Custody Determined in Minnesota?

How child custody is determined changes on a state-by-state basis, so it’s important to be familiar with Minnesota laws regarding how custody is decided and what factors come into play. There are two main things to be aware of. The first is that the state of Minnesota assumes that both parents are able to care for the child and have a positive relationship until and unless proven otherwise. The second is that all custody decisions are based on what the courts believe is in the best interests of the children.

What Is Presumed Parenting Ability?

Presumed parenting ability means that the family law courts automatically assume that a parent is healthy, capable, and able to parent their child positively. This is very important for child custody cases because it means that instead of having to prove that you are fit to parent, the other side has to prove that you are unfit. This is a significant difference and can help inform your overall strategy in a child custody dispute.

While some states default to presuming that joint custody is the right course of action for a custody dispute until proven otherwise, Minnesota doesn’t have any starting preference. Instead, they work by what is in the best interests of the children. This includes factors like:

In fact, the Minnesota statute on custody and support of children lists 12 factors that are to be considered when making legal and physical custody decisions that are in the best interests of the children. Being able to present evidence that you can fulfill these things as a parent can help your case and make a difference in whether you are awarded custody and/or named the residential parent.

What Is the Difference Between Legal Custody and Physical Custody?

When talking child custody can refer to either legal custody or physical custody. Physical custody determines how much parenting time each party gets. Legal custody refers to who gets the final say when making decisions about the child and how they live their lives. For example, if a couple has shared legal custody, they would need to agree on any decisions surrounding the child’s health care, education, or similar concerns — or the issue would have to be brought to trial for a judge to decide. If one party has sole legal custody, they are able to make decisions and act on them, even if the other parent disagrees. You can find more details on the differences between sole and joint custody below.

Is It Possible to Modify a Custody Order?

What happens if you wanted joint custody, but the other parent was awarded sole custody? Is it possible to have this order modified in the future? The answer is yes, but it can take some time. While you are able to appeal the judge’s decision if you choose, the majority of decisions are upheld on appeal. But a custody order can be modified in the future if there has been a change of circumstance for either the parents or the children and the current order no longer reflects the best interests of the children. For example, if one parent is granted sole physical custody and legal custody but then ends up addicted to substances, this would count as a change of circumstance that may warrant a change in custody. If you’re not sure if you have grounds to request that a custody order be modified, or you have questions about the process, talking with an attorney can help.

Should I Go in Expecting Shared Custody?

While those in the field of child psychology have found that children do best when they have positive relationships with and frequent access to both parents, this doesn’t mean that the courts will automatically default to joint physical custody or joint legal custody. It’s fine to have a game plan or a goal for your case to ensure that you have a strategy to follow, but it’s important not to get too attached to any one outcome. Instead, work with your attorney to understand what is likely in your case and make sure you have a backup plan if things don’t work out.

How Can a Parent Lose Custody?

Losing custody of their children is every parent’s worst nightmare, but the truth is that it’s more common than you may think. It’s important to know what has to happen for a parent to lose custody and what you can do about it if you are currently dealing with this situation. One of the most common ways that parents lose legal custody of their children is if they are dealing with an active addiction or are incarcerated, but a parent can also lose custody due to abuse or not being able to facilitate the child’s relationship with the other parent.

In order to be able to effectively parent, you have to be able to make decisions that are in your children’s best interests and provide a safe and stable home for them. If a parent is struggling with addiction, this can create an unsafe environment for the children. If one parent is serving time in jail, it can mean that the other parent is granted sole legal custody because they are the only parent available to make decisions and act in the child’s interests.

Situations where there is mental, physical, sexual, or emotional abuse also create an unsafe environment for the children, and it’s possible for parents who have perpetuated this abuse to end up with no legal custody and only supervised visitation with their children.

Is It Possible to Get Custody Back?

If you’ve already lost custody of your children, you may have options, and an attorney can help. Losing custody doesn’t mean that you have lost your parental rights. As long as your parental rights remain intact, you may be able to get custody back, but it’s important that you understand what led to the loss of custody. Then, you can work with an attorney to come up with a plan for getting custody back. The first step is often to ensure that you are clean and sober and are in compliance with any court orders. If you currently have supervised visitation, it’s important to show up for visitation every time on time to show that you are serious about maintaining a relationship with your children and ready to take the next step.

For example, the courts may use parenting time as a factor in determining whether child support is needed. If both parents have relatively equal financial situations and also have shared physical custody, the courts may decide that the parents are already equally sharing the expenses of raising a child and that no extra support is needed. However, this isn’t always the case.

It’s important to talk to child custody attorneys about how child custody and child support may be related and how changes in custody might affect your finances. However, it’s never a good idea to stop paying ordered support or to now allow a parent to have their court-ordered parenting time. Doing either of these can affect your overall custody case and make it harder to get what you want.

When you are dealing with a child custody dispute, you need a family law attorney who has experience with these types of cases and can fight for you. Find out what makes TVA Law Office different and get more information about our legal services when you call 651-571-8547. Schedule a consultation to speak with a family law attorney in person about your case and find out what your options are. 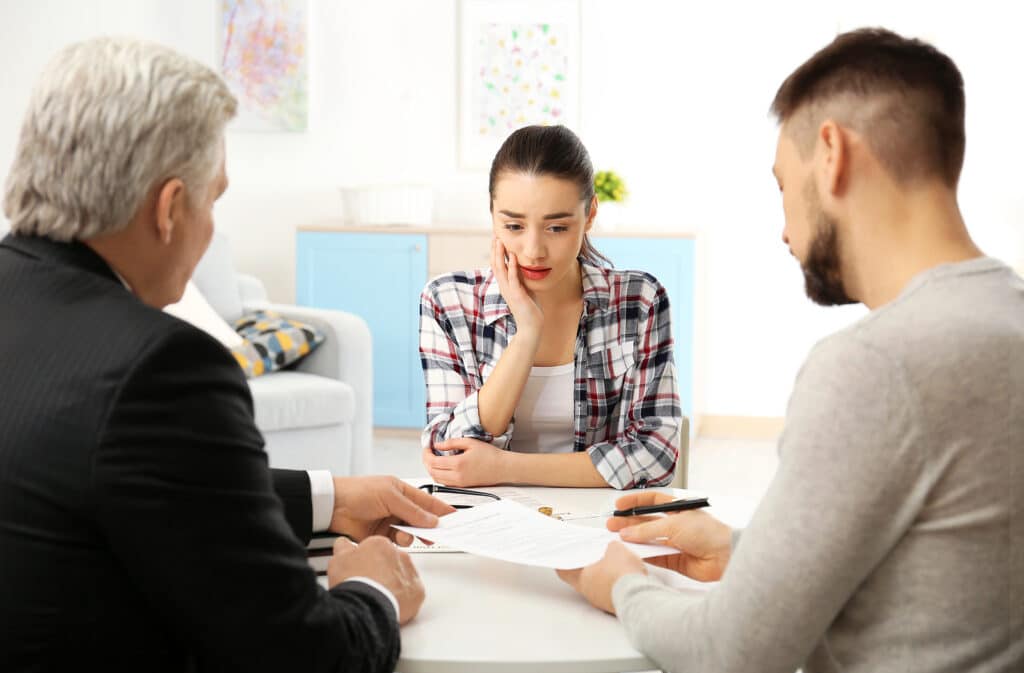 I’ve used TVA Law several times for family court. They were always honest, prompt and available for all my needs.

I work with Taweh and get to see the behind the scenes action. He listens to his clients and weighs out options with them. Then he ambitiously ad(...)

I was in a bind and needed a lawyer fast. I came across Tewah with TVA Law firm after a few searches I had done online. Once we spoke on the phon(...)

Taweh is an amazing attorney dedicated to his work, his clients, and the practice of law.

Connect With Us
Consultation